Life is a Maze, not a Marathon – Oliver Emberton

Stock market is itself a maze, that each and every trader wants to solve to get the ultimate treasure i.e., Money. But, we often forget the rules of this maze. We seldom follow the rules of discipline and patience and as a result pay a penalty (heavy loss because of breaking system rules). One such rule that is inherent in this world is called the 80/20 rule or commonly known as “The Pareto Principle”.

The principle states that, “80% of the consequences come from 20% of the causes”. A bit confusing, right? Lets take examples from real world scenarios to better understand the principle.

The main rationale behind the Pareto principle is that it is better to identify and focus on 20% of the factors that results in 80% of the revenue for your business. It is worthwhile to note that this is not a mathematical rule, rather a rule based on perception.

Rakesh Jhunjhunwala also known as Warren Buffett of India, has around 25-30 stocks in his portfolio. A new investor like me would think that his each and every investment would be profitable. But, according to this article dated Dec’19, out of 30 odd stocks in his portfolio around 26 failed to beat sensex benchmark and some stocks like DHFL, which lost around 94% of its value.

That means around 90% of stocks in his portfolio did not give him respectable returns. But guess what, 5-6 stocks like Titan, Ion Exchange, MCX, etc which gave him positive returns outperformed most of the losses in other stocks of his portfolio. This is enough to prove that Pareto principle exists in nature just like gravity.

Stock market experts say that markets remain range bound 70% of the time and becomes trending rest of the time. So, it is very difficult for the breakout traders to make money when the markets are in range bound. The accuracy of most breakout systems is less than 50%, but still they make money for the traders in the long term.

The simple reason behind this is that when a breakout strategy loses money, it loses small but when it makes money, it makes big. This is where the real edge of breakout strategies come from. Even though the accuracy is less than 50%, the system is in profit. There are only 20% of the trades which generate 80% of the profits using breakout systems.

New traders often feel bad when they have losses and have an urgency to book the profits when they are right. The emotions take over them, when they book losses, derailing the confidence on the system. But, abandoning the system after consecutive losses(drawdown period) may not be a very good Idea to become profitable in long term. The best thing one can do is to believe that just like gravity, Pareto principle is inherent part of the nature and will play its part in the long term, given that you continue to trade your system.

That’s it for today.

What are my Options for Options back testing? Product Review: www.stockmock.in 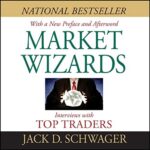