Human beings being social animals are emotional. Our surroundings affect our emotional behavior and decision making. We are quite influenced by our state of mind when taking important decisions. Back in childhood, I used to make sure that my father is in good mood before showing him my school progress report to avoid getting embarrassed in front of my family.

Similarly in trading too, there are decisions that are taken under the influence of other things happening around. This creates a bias in trading decisions. The bias may not be visible to the trader at that moment as his state of mind does not allow him to consider it as a bias. Thus, it becomes critical to understand various trading biases beforehand.

Suppose you are a selector of Indian cricket team and you have to chose a hard hitting batsman for the upcoming T-20 World cup. There are two players out of which only one can be selected. Since IPL(Indian Premier League) is yet not over, you chose to look at their performances in IPL and take your decision based on their performance in IPL. Let us have a look at their T-20 stats before and after IPL.

By looking at the above stats, most of you would select Player B over Player A. The best reason for this would be because Player B seems to be in a very good form. This is exactly what is called as recency bias. Your brain gave more importance to the latest performance of the players thereby completely ignoring the past performance of the players. While the decision may or may not be correct, but it was not a complete rational decision as it involved recency bias.

The similar thing happens with many new investors in the Markets. Let us take an example of Yesbank. The bank got into troubles after RBI did not allow the then CEO and MD Mr. Rana Kapoor to extend his term citing serious lapses in governance and poor compliance structure. The stock tumbled from Rs. 250 in March’19 to Rs. 6 in March’20.

On 5th March, 2020, RBI imposed a moratorium on Yesbank after which many banks came up and invested in Yesbank to keep it alive and afloat. The stock price rose from Rs. 6 to Rs. 60 in a matter of 2 weeks. Now, many new investors wanted to catch up this fast moving train. The reason being, the stock gave 1000% returns in 2 weeks. The recent upmove in Yesbank prompted investors to buy the stock and forget the irregularities in the bank’s financials that were happening since last two years. Whether the decision was right or wrong can be judged by the fact that the stock is now trading at Rs. 14.

That’s it for today. 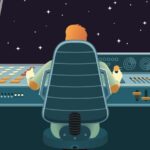