If you ask any successful trader or investor the following question “Is the market random?” I bet Most of them will say, to some extent the market is random but there are certain patterns that the market follows every time. As a trader we just have to capitalize it to make money. At some point of time we may also argue that, is there any pattern in this madness (market) also?

Yes, there is a pattern that the market follows in my opinion. Because after all, prices are driven by humans and humans are driven by emotions. Human emotions can’t be random so, in-respective of what academicians proves on their research using fancy models and statistics, the market is not completely random. This is quite a debatable topic though, but let us leave debate to academicians and we proceed with how we can find an edge in our hypothesis.

I think most of you read somewhere that in history, investors and traders are not used to liking Mondays and Fridays. Just to give you a perspective, on Monday 19 October 1987, DJIA(dow jones industrial average) crashed more than 29% in a single day. In the march 2020 one of the lower circuit limits came on Friday 13, the same day then the market recovered from the low making the best day of the decade for the equity market.

Another lower circuit came on Friday 23. Larry Connors also talks about this Monday maniac and psychology behind it in his widely popular books. So, it got me thinking, what can be the reasons behind it? Or is it just the wrong assumption that any particular day will not have the same effects on prices compared to others?

To find the above answers I had run the below test on the BANK NIFTY index from the year of 2013 to 2020.

Rule 3: Open position for the day will be square off at 3:30 pm before the market closes

Above chart is the cumulative points generated by the system on each week day. As we can see, Prices definitely have some bias towards Monday and Friday. These two days are more likely to turn out to be trending days. Furthermore, we can also conclude that on Tuesday there is a high probability that breakout will fail.

Now, We can build a basic breakout system using the above information that Buy/Sell first hour breakout if it happens on every day except for Tuesday. Tuesday being a choppy day, one can avoid trading or can go with market neutral strategies such as straddle/strangle.

I tested one such system which is as follows:

Rule 4: No trade is allowed after 3 pm and all open positions are squared off at 3:29 pm.

I have included standard commission and slippages to the trades while arriving at below Equity-curve.

System performed well except for a low volatile year of 2016 and 2017. But can we do any better? Yes, I am suggesting a unique idea here.

We know that theta decay on the weekly option is highest on Wednesday and Thursday(Thursday being an expiry day), we can sell options on this day to multiply our edge furthermore. And on Monday and Friday we can use the same capital to buy options to play breakout trades as the theta decay effect is not that sharp on these days. Mondays and Fridays also has the highest probability of good breakout moves.

This way we can continuously compound our capital. Larry Williams using some-what similar idea(Trading day of the week or TDW) in the US market turned $10000 into $10M!

If My idea makes sense, let me know in the comment section.

We at MarketScanner have a wonderful strategy named TSS that we are trading live for the past 18 months and it has proven to be consistently profitable.

The best part is it only trades on Wednesdays and Thursdays. So, if you have subscribed to it, your capital will sit idle with your account on the rest of the week-days. So, readers now you know what to do with it? huh! making any sense?

And yes, we are also working in some systems that can exploit these edges even better! 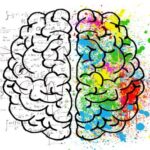 Win or Loss in Market, who decides? 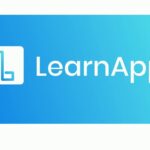