I first got interested in pivots levels by reading the book “Secrets of pivot boss”. A classical book describing every major concept of pivot and many setups around it. Pivot is like a map for day traders and scalpers. It is an indicator that represents the pure form of price in my opinion.

There are just thousands if not million ways of trading and testing it. But let me first give you formula for pivots that we are discussing here:

For today i.e. T day above levels will be calculated using T-1 day data on closing basis. There are many ways to interpret it but my approach to look at Pivot as the general average of market price for the entire day. BC is the average range from High to Low i.e. equilibrium point for the price, around which the price fluctuated for a particular day.

Now just looking at this level and price around it like buy above BC/TC or short below it- I think doesn’t have any significance. But as said above it is equilibrium of the market and as simple economics say, the ultimate function of price is to go to the levels where demands met supply easily. So comparing today’s equilibrium values with yesterday’s equilibrium makes sense. As we can easily see balance or imbalance of price around it.

I have tested one setup around it. Rules are below:

First let me discuss what my initial hypothesis was before testing. If T-1 day is trend day or price stretched somewhat on upside making low around open high or around close then CPR for T day will obviously have higher values of Pivot, TC and BC than day before CPR. Considering it as a bullish scenario if price open above TC then bullishness is confirmed further. Now if the CPR condition is met but price is opened below BC then we can take it as sentiment reversal and go for short entries.

Here is the test result for the banknifty, starting from 2013 to 2020. Just open the trade at market open and close the trade at 3:15 pm whenever conditions was met. Test is just for finding and evaluating edges if there are any.

Statistics above suggest a somewhat different perspective. There is an edge for sentiment reversal play on the short side and also going with a bearish view if confirmed by CPR range! Now if we include other parameters like SL and instead of just open price(which is very tricky to consider in real system development) considering close of first 15-min candle then I think the picture might look more promising. This is just to give a perspective on how one can approach the pivots and can test setups around it.

Anyways as a data-driven trader we just have to follow what data says rather than what people say – because people lie, numbers won’t.

Until next time. Happy Trading! 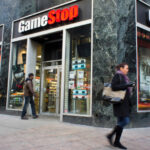 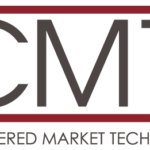 A Desired Designation: What a CMT Can Get You?