The interesting thing is that these candlesticks can form patterns due to the herd behavior of traders in the stock market. These patterns have a psychological factor to them and we will look at each and every candlestick pattern with the same psychological approach.

This is also a single candlestick pattern and it is significant when it is found at the bottom of a downtrend. The traders tend to sell during the start of the day since the trend is downwards, but soon the demand pops up and the market reverses from the low of the day to close above the open of the day.

Similarly, inverted hammer pattern also appears in a downtrend, just that the upper wick is long and the lower wick is short. The psychology behind this patterns is that the traders started buying during the day showing a great demand. But, then because the markets were in a downtrend, the demand slowly fizzled out and the markets fell to close just above open. This indicates that the markets are getting ready to reverse.

This is generally a reversal signal and there is a high probability that markets will reverse once this pattern appears on the charts.

These patterns are exactly similar to the hammer patterns. The only difference being the pattern should appear when the prior trend is an uptrend as shown in the chart.

The engulfing pattern is a multiple candlestick pattern in which the current candle completely engulfs the previous candle indicating a strong momentum in that direction. In the following chart, as you can see the green candle completely engulfs the previous red candle, indicating a strong demand and thus a reversal in prior downtrend

Similarly, when there is a prior uptrend and a red candlestick pattern engulfs the previous candle completely, it indicates that there is an increase in supply which is pushing the prices down. 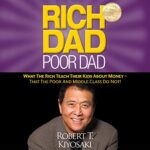 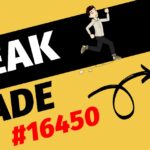