In a world that is ever-changing, so is our trading ecosystems. Trading isn’t completely what it used to be and there’s a whirlwind of intricate technology just waiting to make its mark on the world of trade. We’ve seen the beginning of that change and a major milestone already in – Algorithmic Trading.

What is Algorithmic Trading?

Algorithmic trading is trading by automatic computer softwares. These softwares collect data for trading strategies, backtest that strategy to assess its anticipated effectiveness and then automatically generate a buy or sell response at the indication of favourable conditions.

Algorithms analyse every movement in the stock market to identify opportunities for establishment and liquidity, turning that information into smart trading decisions. All done without hassle.

How do they work?

A trading strategy is coded using a computer programming language or with platforms that allow non-programmers to build strategies with zero or little coding. These algos can then be connected to a dataset to backtest the strategy across many stocks automatically and quickly. Then the live market data is monitored to generate alerts to buy or sell manually. If the algos are completely automated, the order placement is also completed by the computer.

So why is algo trading the digital equivalent of the new kid on the block everyone’s been talking about? Simple answer. Because it’s pretty damn cool.

In trading, humans analyse companies, sectors, businesses and prices to make an informed decision on how to make their investments but doing this manually is a time-consuming and tedious task and the stock market doesn’t wait for us. Algos can do the same thing in seconds and save us huge chunks of time, it is quick in catching trends and analysing a large pool of data to help the market participants to act before it’s yesterday’s news. They can enable the market participants to use multiple strategies at once and decide their net outcome.

However, the main objective and a major plus point of algo trading is not necessarily to maximize profits (although that wouldn’t hurt right?) but to control execution costs and market risk like the freak trades that are happening so frequently now-a-days.

India allowed algorithmic trading only in 2008. Around 50% plus of total orders at both NSE and BSE are algo trades on the client-side. Prop side algo trades are 40% plus of total orders placed at both the exchanges. More than 80% of the algorithmic orders are generated from colocation at both the exchanges. In developed markets, it stands at about 80%.

So, is it all sunshine and rainbows?

Contrary to what you might be thinking, an algorithm is not just a magic spell from your wand that will make life all dandy, everything has its limitations and so does algo trading.

And yes, the answer is the most annoying thing in the world – Technical glitches.

Data input drives the algorithmic logic. This data is obtained from a third-party source, excluded from the software so we have no control over it. As a result, any pause or stoppage in the input data can cause the software to behave strangely. Making the algo logic go bananas, leading to a room for incorrect trades and losses. But thankfully technical glitches occur very rarely.

Talking of another demerit is that an algorithm is a definitive plan and can only function in a situation where the variables look proper but that doesn’t necessarily mean it’s going to have a beneficial outcome. Ever heard “Sell when the market falls, and the market falls when everyone sells”?

In 1987, algorithms were used for “portfolio insurance”. in the US. If the market fell by more than a certain amount, an algorithm would sell stocks automatically to restrict losses to an extent. Or that’s what should’ve happened anyway.

One day in October 1987 stocks started to fall heavily, resulting in automatic selling of shares taking prices further down. Triggering more algorithm sales resulting in the market closing more than 22% down in a single day.

The algorithm did its job, but the over-dependence on technology solely is what made matters worse.

What works at in a small degree, may not translate so well in a large degree.

First, trading is never going to be a walk in the park despite the technology.

Second, algo trading is going to increase in the coming time whether we like it or not.

The only question that remains, is a dilemma as old as time – Do the costs outweigh the benefits for you or are you welcoming technology with open arms? 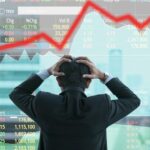 Why are the markets always confusing? 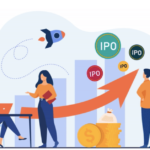 IPO Mania… What is everyone talking about?

Vishal Mehta is full time independent trader. He is a Chartered Market Technician (CMT) from USA and Co-Chair for Mumbai Chapter for CMT.