The day doesn’t go by where we don’t have a discussion around the market making a top or the bear cycle, etc etc.

Some will advise you to rebalance your portfolio and book profits while others might be advising you to change asset allocation, and whatnot!

Well predicting the market direction is not the scope of this article, but we try to answer a more important fundamental question here –

How frequently should you rebalance a portfolio?

One thing is for sure, if you are invested in a stock, you might have done your homework [which basically includes your research on the stock beforehand] properly and then only you are invested.

But still it happens many a times that as the market cycle changes, you often become afraid and start doubting your homework. That’s where the real problem arises.

Self-doubt will only lead to wrong decisions. If one had strong conviction while investing in a stock, one should also have strong conviction in holding it. This reminds us of a famous quote by Mohnish Pabrai:

But why wait? Well, we have 2 reasons for that:

This principle clearly states that 80% of outcomes are driven by 20% of efforts. Meaning only a few small events can lead to large results.

How is it applicable in investing? Let’s understand this better with an example of your favorite stock Bajaj Finance, known for giving exemplary returns.

During the above mentioned 15-year time frame, Bajaj finance has given a CAGR of 83.06%. WOW!

But do you know what’s the interesting part? High up move of stock only on 23 days, accounts for the majority of these returns. This means Bajaj finance had 99% as neutral movement days and still such high returns.

If you would have missed the up move on these 23 days, these returns would be just a farfetched dream. Same was applicable for Eicher Motors and Symphony which had 95% of the days as neutral.

Allow us to quote an example from the book ‘Psychology of Money’ to explain this better.

No doubt, Mr. Buffett is considered to be the richest investor of all time achieving a CAGR of close to 22%. But he’s not actually the greatest when measured by average annual returns. Jim Simons, head of the hedge fund Renaissance Technologies, has compounded money at 66% annually since 1988. No one comes close to this record. But still Simon’s net worth is 75% less than Warren Buffet. Why the difference despite such high returns? Because Simon started investing from the age of 50 years. Had he been started at the age when Warren buffet started, Simon’s net worth would have been – sixty-three quintillion nine hundred quadrillion seven hundred eighty-one trillion seven hundred eighty billion seven hundred forty-eight million one hundred sixty thousand dollars. CRAZY!!!

You, see? Thus, time in the market for an investor is the most important factor to compound wealth. 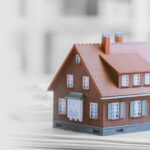 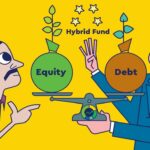 How much debt should you allocate in your portfolio?