And it’s finally happening! Much awaited merger between HDFC Ltd. and HDFC bank is on the table. HDFC Ltd. will merge into HDFC bank and the former will cease to exist. Mr. Deepak Parekh, Chairman of HDFC Ltd, while addressing the shareholders in his emotional speech described it as – “In a sense, it is like the son taking over his father’s business when he grows older.”

Just to set the context (and to all those who till now didn’t know what was the difference between HDFC Ltd. and HDFC bank :P), HDFC Ltd. is a non-banking financial corporation (NBFC) while HDFC Bank operates as a commercial bank.

Initially, there existed various differences between an NBFC and a bank in terms of regulations, which provided NBFC an edge over a bank. NBFCs grew at a rapid pace during that phase and prioritized growth over anything else.

But soon after the IL&FS crisis (which was an NBFC crisis), RBI tightened regulations for NBFCs, which over time decreased the flexibility of NBFCs over a bank.

Therefore there hardly existed any significant difference between a bank and an NBFC.

And the same was realized by the management of the HDFC and HDFC bank, therefore this merger.

In the words of Mr. Deepak Parekh – “Over the last few years, various regulations for banks and NBFCs have been harmonized, thereby enabling the potential merger.”

The merger of HDFC-HDFC Bank will be a two-step process wherein HDFC Investments Ltd and HDFC Holdings Ltd, wholly-owned subsidiaries of HDFC, will be merged with and into HDFC. In the 2nd step, HDFC will then be merged with HDFC Bank.

Post the merger, HDFC shareholders will hold 41% of the bank, and HDFC bank will be 100% owned by public shareholders.

This mega-merger will come with its own set of advantages and disadvantages.

Let’s explore the positive side first.

You might be thinking but what’s the problem, as anyways HDFC is riding the housing loan growth story. But it’s not actually the case. See, banks accept deposits at a low rate of interest (around 4% for HDFC bank) through savings and current accounts and lend these deposits at a higher rate, thus the spread earned is high. But in the case of HDFC, although it can accept deposits, it was doing so at a higher rate of interest of around 6%. Thus the interest charged from the borrowers was even higher, making its loan non-competitive with peers like Kotak Mahindra bank. If HDFC bank could have done this, the story would have been on the flipside. But now due to a merger, this can actually happen.

Let’s move on to some of the negatives.

The entire process, including getting approvals from shareholders of HDFC and HDFC Bank respectively, Reserve Bank of India (RBI), stock exchanges, Securities and Exchange Board of India (SEBI), and other regulatory approvals will take 15-18 months. Till all the approvals are in place, both HDFC Ltd and HDFC Bank will operate as separate entities.

Combined entity will have the following operational parameters:

Do let us know your thoughts on this mega merger 🙂 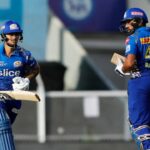 How does Stock Markets perform during IPL Seasons? 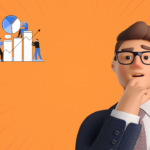 How much returns should you expect from Stock Markets?