I remember the time when I was starting with my journey of the stock market, I would go to google and youtube and search for top indian investors and fund managers interviews, talks, etc. just to gain knowledge, insight and the right mindset to enter the market. I know you would have also done the same at some point in time. ( secret: I still do that, no harm in constant learning ;D )

And Mr. Prashant jain sir was always there in the top suggestions. To those who don’t know him, he was the CIO in HDFC AMC and is among the very few fund managers known for consistently outperforming the market. Why is he in the news recently? Because he recently bid his farewell to HDFC where he used to manage its flagship fund – HDFC balanced advantage.

Growth of the fund

In his farewell letter, he has addressed his learnings and insights of his 3 decades of experience, and this article is exactly to summarize it for you.

He has answered some of the interesting questions in his letter, and what are his thoughts on the same. So let’s get started.

How was he able to outperform the market?

Simple answer – Pareto principle! As per this principle, typically 20% of the effort gives 80% of the results and vice versa. And this was visible in Prashant Jain’s portfolio also.

You see! We always think that pioneer investors are just great stock pickers and their portfolio stocks are all multibagger. But this is not the case. They are simply like you and me, it’s just that their conviction and patience sets them apart from the common investors. Else their performance also can be attributed to just a handful of stocks.

Are the markets really efficient?

Well according to him, markets are not fully efficient, especially over shorter to medium terms. He thinks markets are driven by emotion and herd behavior for extended periods and thus keep on throwing opportunities once in a while. Your job as an investor is to catch the opportunity, and thus the scope of outperformance increases 🙂

As per him, sizing matters a lot. It basically means allocating the right amount to the right stock as per its risk and reward. Allocating very large capital to a single stock can be disastrous. In his investing journey, following were the stats – “In my case roughly 1/4 were losers, 1/100 were big losers, 1/20 were big winners and the rest were winners. However, it is interesting to note that gains on one large winner were more than the total losses of all loss making investments.”

Did he miss some of the investable opportunities? A hell lot!! He clearly addressed the fact that he missed investment opportunities in some of the great stocks like – Asian Paints, Bajaj Finance, Eicher, Kotak Bank, Divi’s laboratories, and many more similar.

But he lays less emphasis on the missed opportunity and more on successfully avoiding the long list of stocks that caused large and permanent loss of capital, despite them being in attractive valuations.  A list of some prominent sectors to which many of these companies belonged were TMT, real estate, NBFCs, select banks, infrastructure, telecom, power, media etc.

Thus it clearly becomes important to focus on the right stocks you have picked, don’t give much importance to missed opportunities, have the conviction to hold them for long term and not deviate from the goal. In the end, compounding will show its magic.

Is equity a good asset class?

According to him – “The tailwind of a growing economy and growing companies overshadows mistakes of timing and security selection in diversified portfolios, in most cases over long periods. The key is patience to stay invested for long periods.”

Thus, in short, have a belief in the growth of the Indian economy and stay invested.

His views on some of the hot debates

Well according to him, both active and passive funds are good and investors should invest in them as both of them have outperformed fixed income markets in the longer term. Although he also addresses the fact that outperformance will become difficult in the long run net of charges, scope still exists.

However, as per him, investors should focus less on active vs passive, and more emphasis should be given on the higher allocation to equities in a portfolio, be it active or passive.

This answer came as a surprise to me also, but the answer is again yes! Prashant Jain is bullish on the PSU stocks, and he thinks the best is yet to come. More and more PSU’s will find place in FIIs and DIIs portfolio.

He thinks ESG has a good motive, but the decision should not be based on mechanical scores and exclusion investing. Rather one should encourage all the companies to adopt more ESG friendly technologies, processes and mechanisms via market forces and other means. Avoiding investments in growth sectors due to ESG screening, especially for a country like India can have adverse impact.

These were some of the top insights from his journey. But the main question still remains unanswered – Why did he leave HDFC?

Well according to him all the stars were aligned. In his words – “I had a strong desire to move when NAVs were near all-time high and when there was alpha across time periods. I thus ran out of reasons to hang in. As if this was not enough, the assets under my management crossed Rs 100,000 crores a few days before I tendered my resignation – I take this as a divine nudge to me to make way for others.”

You can read the 12 page actual letter by Mr. Prashant Jain here. 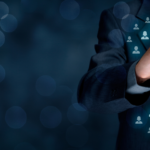 Invest in this Unique listed company of India