Let’s start with an interesting story.

Tesco is a UK-based grocery chain. By 2012, Berkshire Hathaway owned more than 5% of the business. By 2013, it was getting apparent that something was wrong with Tesco. Now although Berkshire had brought down its stake in the company, it still used to hold a stake of 3.7% representing an investment of nearly 1.7 billion dollars.

Over the next few months, Tesco’s share price continued on a downward spiral. It fell almost 50% due to declining sales and increased competition from discount retailers. During the same time, there was also an accounting scandal. And the company was under investigation by the UK’s financial regulators.

As a result, this cost Berkshire a loss of around USD 444 million.

Now, Buffett’s mistake was that he delayed the sale of Tesco stocks. And he did that despite having read the troubling signs.

This might have happened with a lot of us. We just continue to hold a stock, despite negative news, falling prices, only in anticipation that the stock will rise because you have bought it and a lot of research and efforts were involved in finding that stock. In the end, you just don’t want to let it go to waste 🙁

Don’t worry, we totally feel you! Happened to us also 🙁

Well this concept in the investing world is referred to as sunk cost trap or sunk cost fallacy.

I remember the time when I went to watch the movie – ‘Bombay Velvet’ with my 4 friends. I threw the party and bought a ticket for them too which cost me Rs 500 each.

No disregard to the movie script or people involved, but we didn’t really like the movie. During the interval we even thought of just leaving because we already had hit our saturation level. But still I stayed to watch the complete movie! Do you know why? Because I was just constantly thinking that I have spent a considerable amount of money on the tickets, I should just watch it no matter how it is. And this happens with quite a few people I know 😉

Similar kind of behavior is shown in other situations like:

We tend to do all this because we know our efforts, time and money was involved and that’s why we don’t want to let it go away.

Now the interesting thing is that similar behavior we show when we hold onto investments for long that are underperforming.

Yes, we tend to hold on to loss making investments for long because we simply think that – a lot of time and effort went into researching the stock, going through their financial reports, and our significant money is invested in it, let me hold on to it.

Now this doesn’t mean that you should sell the stock once it touches a negative territory. Some quarters of underperformance are common in investing!

However, despite the fundamentals declining for the company, negative news related to the company, its stock price has lost the majority of the value, still you are holding on to it only because your resources were involved, well that’s the wrong part and is a sunk cost trap!

Why does it even happen?

Well, every participant, be it trader or investors goes through a typical process in stock market:

Why is this so? Well this is so because they have learnt all the fancy terms, and quants tools that are required to survive in the market, but they have not mastered the tool that is needed to create wealth.

And this tool is ‘psychology!’

You see, we often try to learn and apply concepts that are readily available, and can be quantified to some extent. But hardly many talks about the qualitative side that had to be eventually learnt and mastered.

Sunk cost trap is the same psychological phenomena that happens with us.

Most investors are reluctant to admit, even to themselves, that they have made a bad investment. Changing the strategy is viewed as a failure. As a result, many investors tend to remain committed or even invest additional capital into a bad investment to make their initial decision seem worthwhile.

See, it’s not at all easy to have control over such factors and we constantly try to justify the acts. However one can definitely limit its excessive control by following some pointers:

Holding onto wrong investments comes with an opportunity cost. Booking a loss early and investing in the right company can yield significant returns in the wrong term. 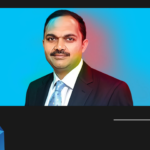